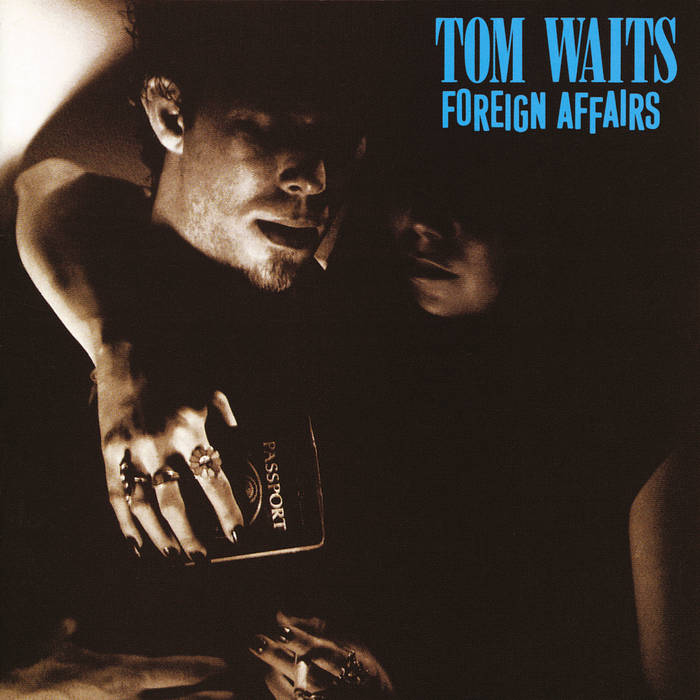 1977’s Foreign Affairs takes the jazz and poetry that Tom Waits explored on his earlier albums in a more cinematic direction, foreshadowing his own breakthrough work in the 80s. Opening with the instrumental “Cinny’s Waltz” and featuring some new standards like “Muriel” and “I Never Talk To Strangers”, his dramatic duet with Bette Midler, this album gets into some of Waits’ most ambitious storytelling ever. Foreign Affairs also features the jazzy, colorful “Jack and Neil” and the sweeping, dramatic “Potters Field” as well as classic Waits ballads “Burma Shave” and “Sight for Sore Eyes”.

Every performance on this album
was recorded simultaneously with the
orchestra in the studio
with no overdubbing or multi-tracking;
and was mixed directly to the 2-track
master tape as it was being performed.
Recorded July 28,
August 2, 11. 12, 15, 1977;
at Filmways/Heider Recording, Hollywood.

Chuck E. Weiss is back in town.
Thanks to Norman Savage, David “Doc” Feuer
and Bobby Savage. I’ll see you in Coney Island.
Thanks to Dee Barnett and Roberta McKernan.
Bette Midler appears courtesy of
Atlantic Recording Corporation