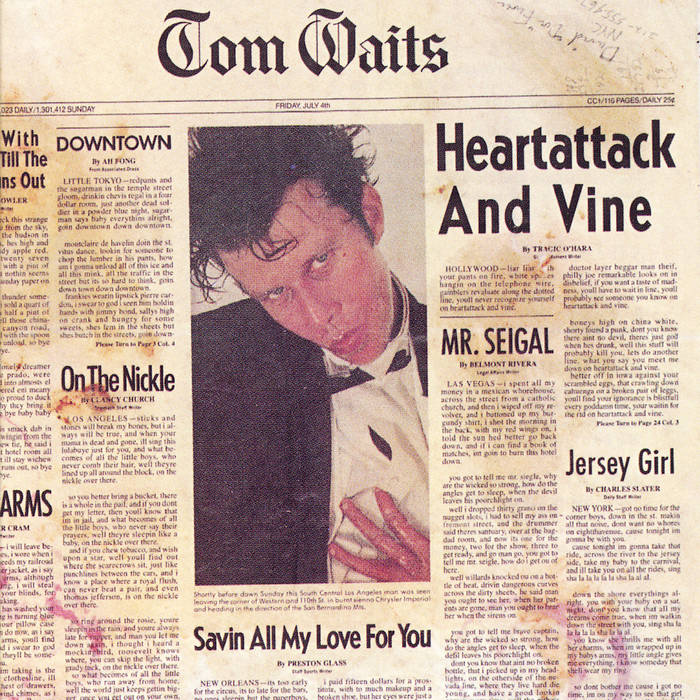 Brian Condra I Don't know where to start. I first heard this in the early nineties, on a cassette tape. It introduced me to the world according to Waits! A beautifully crafted album, filled with intelligent, witty and insightful songs all warped and battered by the insane genius of perhaps one of the greatest musicians of this age. Favorite track: Mr. Siegal.

arandomlynchboy I've never heard of Tom Waits before hearing this record. Now i'm completely bond and i cannot stop listening his records. I love the emotion of this records. The raw energy of his voice. Favorite track: Ruby's Arms.

Released in 1980, Heartattack and Vine was Waits’ final album on Elektra Asylum and it built on the raw blues approach of Blue Valentine with the incendiary title track, the funky, organ driven “Downtown” and the stomping NOLA blues of “Mr. Siegal”. This album also contains some of Waits most popular ballads, including “Jersey Girl” which was famously a hit for Bruce Springsteen. “On the Nickle” is a moving song about the homeless people who lived on 5th street in downtown LA, and “Ruby’s Arms” is a beautiful song with a lovely Bach-like melody.