from Nighthawks At The Diner (Remastered) by Tom Waits 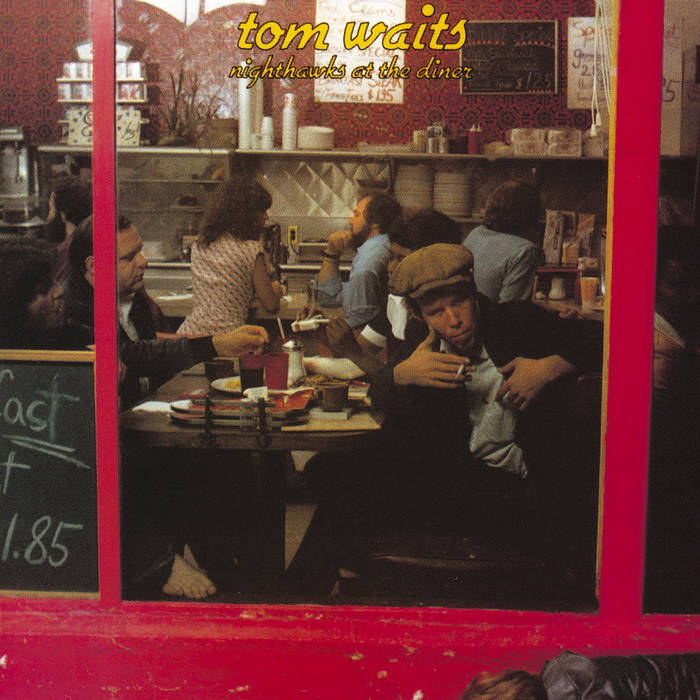 well you see I happened to be back on the east coast
a few years back tryin’ to make me a buck
like everybody else, well you know
times get hard and well I got down on my luck
and I got tired of just roamin’ and bummin’
around, so I started thumbin’ my way
back to my ol’ hometown
you know I made quite a few miles
on the first couple of days, and I
figured I’d be home in a week if my
luck held out this way
but you know it was the third night
I got stranded, it was out at a cold lonely
crossroads, and as the rain came
pouring down, I was hungry, tired
freezin; caught myself a chill, but
it was just about that time that
the lights of an old semi topped the hill
you should of seen me smile when I
heard them air brakes come on, and
I climbed up in that cab where I
knew it’d be warm at the wheel
well at the wheel sat a big man
I’d have to say he must of weighed 210
the way he stuck out a big hand and
said with a grin “Big Joe’s the name
and this here rig’s called Phantom 309”
well I asked him why he called his
rig such a name, but he just turned to me
and said “Why son don’t you know this here
rig’ll be puttin’ ‘em all ta shame, why
there ain’t a driver on this
or any other line for that matter
that’s seen nothin’ but the taillights of Big Joe
and Phantom 309”
So we rode and talked the better part of the night
and I told my stories and Joe told his and
I smoked up all his Viceroys as we rolled along
he pushed her ahead with 10 forward gears
man that dashboard was lit like the old
Madam La Rue pinball, a serious semi truck
until almost mysteriously, well it was the
lights of a truck stop that rolled into sight
Joe turned to me and said “I’m sorry son
but I’m afraid this is just as far as you go
You see I kinda gotta be makin’ a turn
just up the road a piece,” but I’ll be
damned if he didn’t throw me a dime as he
threw her in low and said “Go on in there
son, and get yourself a hot cup of coffee
on Big Joe”
and when Joe and his rig pulled off into
the night, man in nothing flat they was
clean out a sight
so I walked into the old stop and
ordered me up a cup of mud sayin’
“Big Joe’s settin’ this dude up” but
it got so deathly quiet in that
place, you could of heard a pin drop
as the waiter’s face turned kinda
pale, I said “What’s the matter d id
I say somethin’ wrong?” I kinda
said with a half way grin. He said
“no son, you see it’ll happen every
now and then. You see every driver in
here knows Big Joe, but let me
tell you what happened just 10 years
ago, yea it was 10 years ago
out there at that cold lonely crossroads
where you flagged Joe down, and
there was a whole bus load of kids
and they were just comin’ from school
and they were right in the middle when
Joe topped the hill, and could
have been slaughtered except
Joe turned his wheels, and
he jackknifed, and went
into a skid, and folks around here
say he gave his life to save that bunch
of kids, and out there at that cold
lonely crossroads, well they say it
was the end of the line for
Big Joe and Phantom 309, but it’s
funny you know, cause every now and then
yea every now and then, when the
moon’s holdin’ water, they say old Joe
will stop and give you a rode, and
just like you, some hitchhiker will be
comin’ by”
“So here son,” he said to me “get
yourself another cup of coffee, it’s on the
house, you see I want you to hang on
to that dime, yea you hang onto that
dime as kind of a souvenir, a
souvenir of Big Joe and Phantom 309”

from Nighthawks At The Diner (Remastered), released March 9, 2018